This 2.8 mile loop trail traverses some of our best land and water scenery.
The trail is wide and consists of well-mowed grass most of the way. In insect season, which is anytime except mid-winter, it is advisable to stay in the mowed portion of the trail and use insect repellant. From Gate 34 the trail leads north 7/10 mile, then turns to the east. Along the way there are a few prominent orange trail markers among the more frequent yellow blazes.

Note the changes in vegetation as you walk along. The kinds of plants growing in particular sites are influenced by soil moisture—a product of elevation and topography. Low areas that have standing water much of the year are dominated by bald-cypress and swamp tupelo trees with little understory. Other areas that are wet, but flooded infrequently, have a tree canopy with live oak, laurel oak, water oak, red maple and loblolly pine with understory species such as eastern red cedar, sweetbay, swamp bay, cabbage palm and swamp dogwood.

After the trail turns south it emerges on the Barnett Creek Road. As you turn right and proceed toward the parking area, note that the road, an old logging road built before the Refuge was established, acts as a dam,  interrupting water that otherwise would flow across the land. Note also the roadside ditches. They are a byproduct of road construction and act as conduits that accelerate drainage, making the forests bordering them drier than they would be naturally.

Continuing toward McCormick Creek, the landscape changes from hardwood forest to salt marsh. At the culvert that carries the creek under the road, note that downstream (to your left), the marsh is dominated by a
vast expanse of black needlerush, a grayish plant tolerant of saltwater. Upstream the dominant marsh plants are sawgrass, a grass-like species with prominent seed heads that thrives in water with lower salinity. Here again, the road acts as a barrier, restricting the free mixing of water that under roadless conditions would lead to a much more gradual transition between salt- and freshwater habitats. Old logging roads restrict the normal flow of water throughout much of the Refuge’s extensive low-lying lands. Refuge managers have initiated a multi-year project to restore more natural flow.

Wildlife frequents this area but may remain out of sight depending on the time of year and time of day. Deer are present, but not particularly abundant. Wild turkeys may be seen year-round. Feral hogs are a serious nuisance, and you are likely to see the evidence of their rooting, if not the animals themselves. Many resident birds may be seen, and spring and fall migrants come through in numbers. Alligators may be seen in roadside ditches and in McCormick Creek. The Refuge is a favorite of butterfly watchers with April and September being the peak times to see the largest number of individuals and diversity of species.

Notes:
• You can also hike counterclockwise by parking at Gate 31, but parking is limited.
• This road is named Barnett Creek Road from longtime custom, even though it actually crosses McCormick Creek. 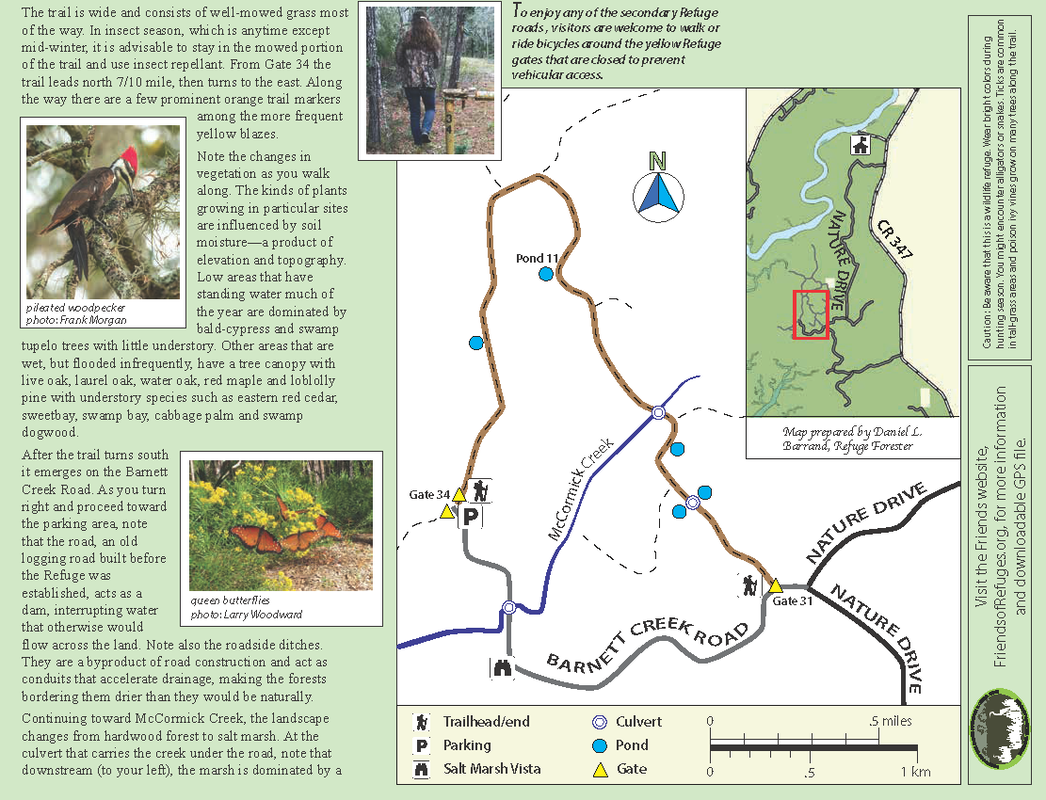 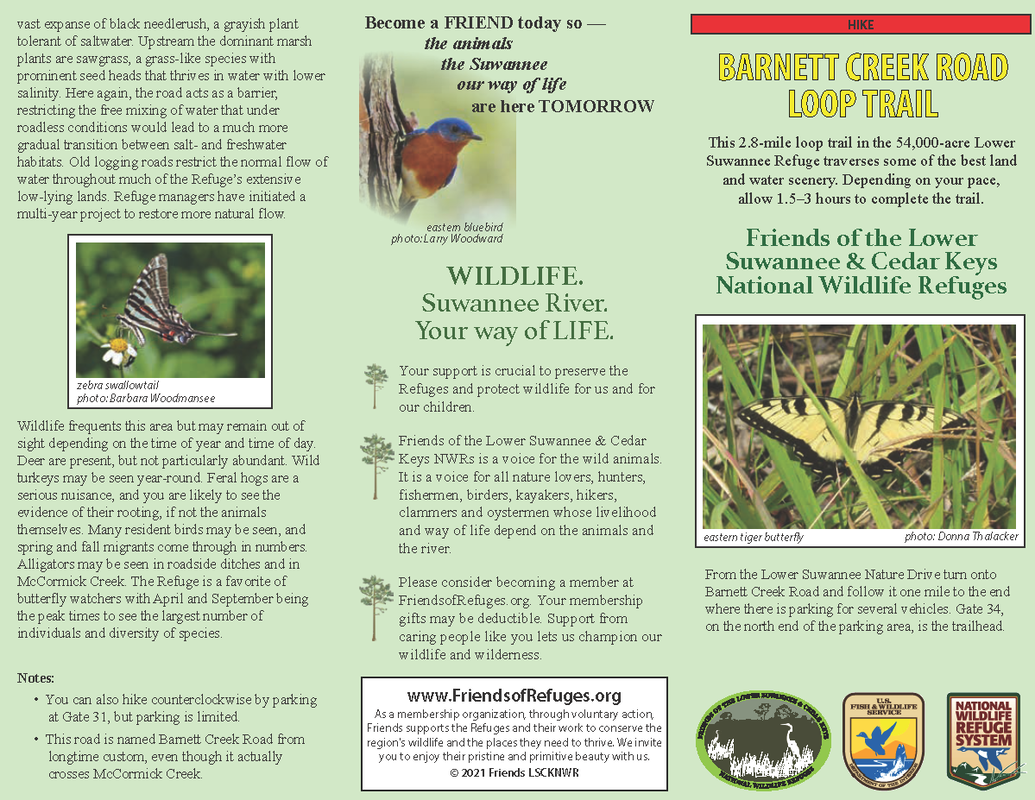